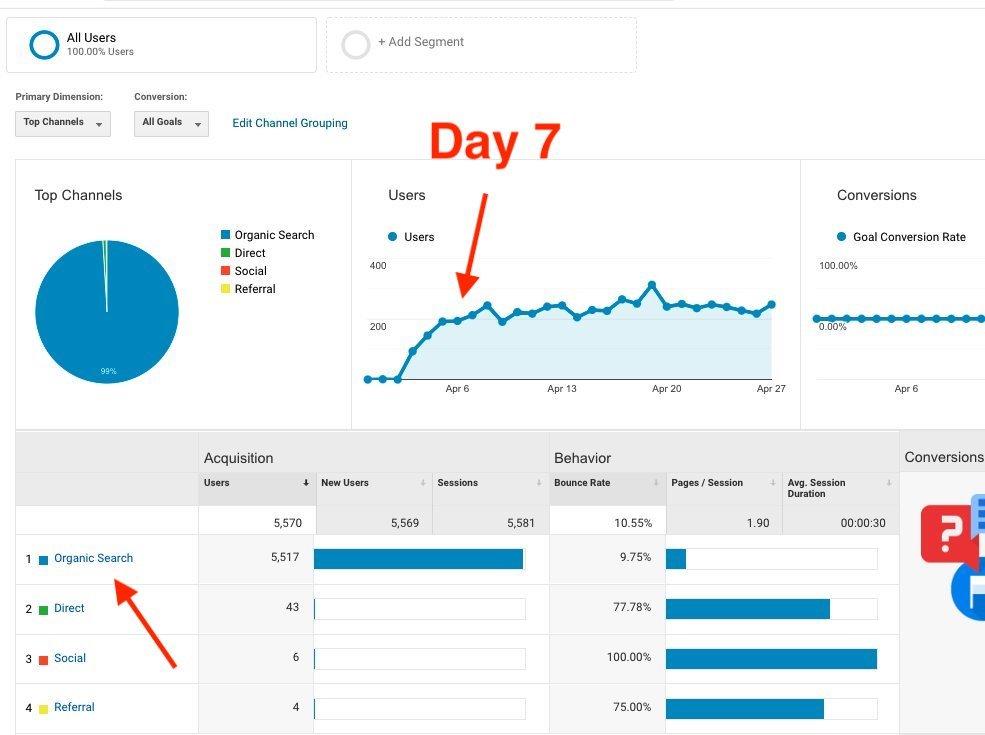 How did I do that?

This was early on when I was first learning about SEO and it seemed like Alexa ranking mattered. Alexa ranking was based on the traffic going to your site.

I also thought that maybe if Google saw that my site was getting a lot or organic traffic, they'd rank the site quicker - so I went and bought traffic.

All this is just to say to be careful with who you follow out there and purchase courses/products from.

If I didn't tell you that these numbers were fake, you wouldn't know know it was purchased traffic. It's easy to fake charts even, without Photoshop.

Know that it takes time for new sites to get indexed and start getting traffic, especially with only 10 posts.

When a traffic chart seems too good to be true - it probably is.

This week's two Niche Creators - Andrew and Puya - are very active in sharing their knowledge on Twitter. Both of share amazing tips that help them generate 5-6 figures every month! 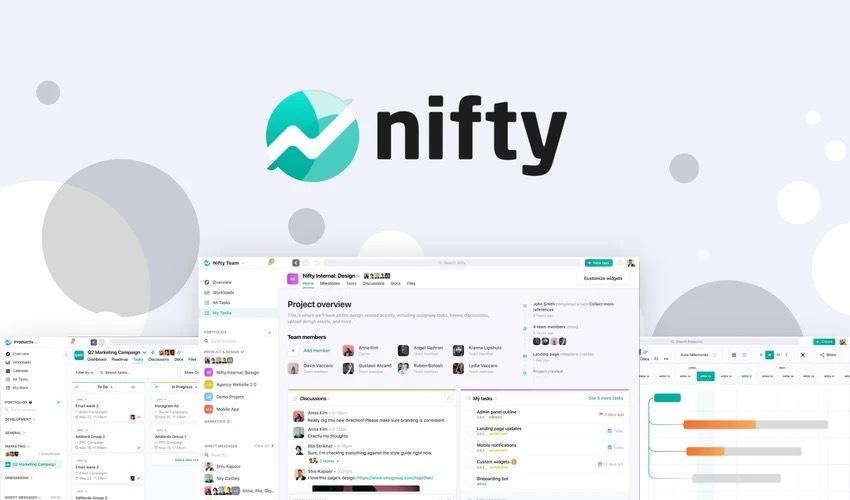 Nifty Project Management - Ends in 5 days. What I use to manage sites, projects, people, etc. Communicate, collaborate, and manage your projects in a single platform. Alternative to: Asana, Jira, and ClickUp.

Beacon Lead Magnets - **Ends in 3 days. It's a really easy way to create lead magnets from your blog posts." Using the Lead Magnet Creator, you can make stunning ebooks, guides, and workbooks to incentivize site visitors. 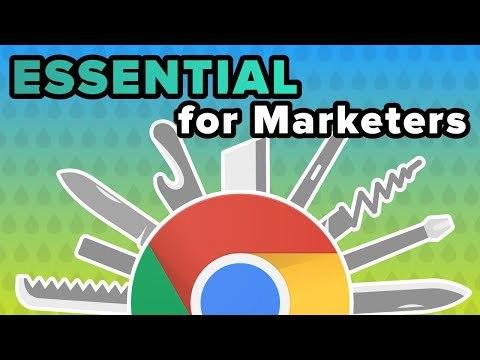 Mark and Gael from Authority Hackers go through their favorite Chrome extensions covering everything from keyword research right through to site design to unveil their top picks!

If you like to download many extensions (like me!), be sure to also get the Extensity extension that let you quickly enable/disable Google Chrome extensions without going into the Chrome settings. Extensions use up memory on your computer, so I always disable anything I don't use regularly to save memory. 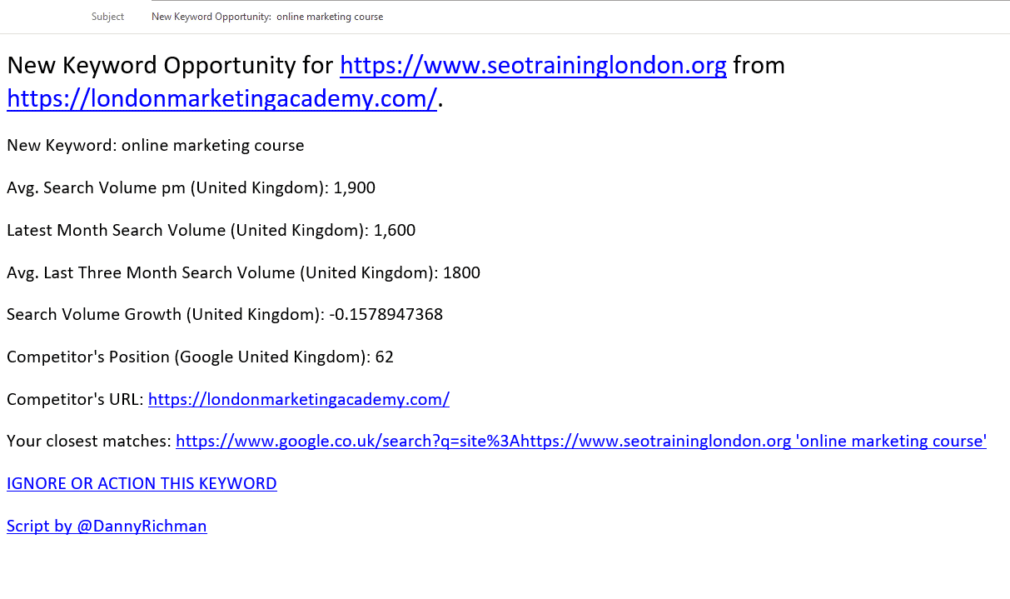 Danny Richman created a free Google Sheet that sends you an email every month with new keywords your competitor is ranking for on Google, but your site is not. This data can be used to generate new content ideas for your site or to help track your competitor’s SEO strategy.

Definitely very cool way to automate the content gap process. In addition to Google Sheets and Gmail, you'll need paid tools Keyword in Sheets and Zapier. He says Keyword in Sheets is low cost with $30 worth of credit being enough to track one competitor for about 20 months. You may be able to replace Zapier with a cheaper automator.

Frase shares their SEO keyword strategy guide for organic success - a 10 step guide and free template. They use Ahrefs and of course, Frase, in their process, but you can find similar tools that perform the same functions.

You can sign up for Frase and get 60% off the 1st month. Good deal to test it out for a month. There are also free demo tools on the landing page that let you test Frase's content optimization and AI content tools.

Analysis of the May 2022 Google Core Update

Dr. Marie Haynes gives her review of the May 2022 Google Core Update. There's so much going on with this last update that no one really knows anything, but there are some educated guesses in places.

Dr. Marie also shares sites that did well and why those sites may have done well in a Twitter thread

How to measure topical authority

Topical Authority is still a mystical concept, partly because we don't have a good way to measure it. In this post, Kevin Indig takes a stab at offering a method to quantify Topic Authority by using the factors below to come up with Topic Share:

How to Remove a Webpage

Bruce Clay discusses what to do if you want to remove webpages and why you'd want to do it. He also covers the different options for removing a page:

How to Get Backlinks: 11 Strategies

Reciprocal links - I'll link to you if you link to me.

Aaron Haynes discusses reciprocal links and how effective they are. He also discusses best practices: 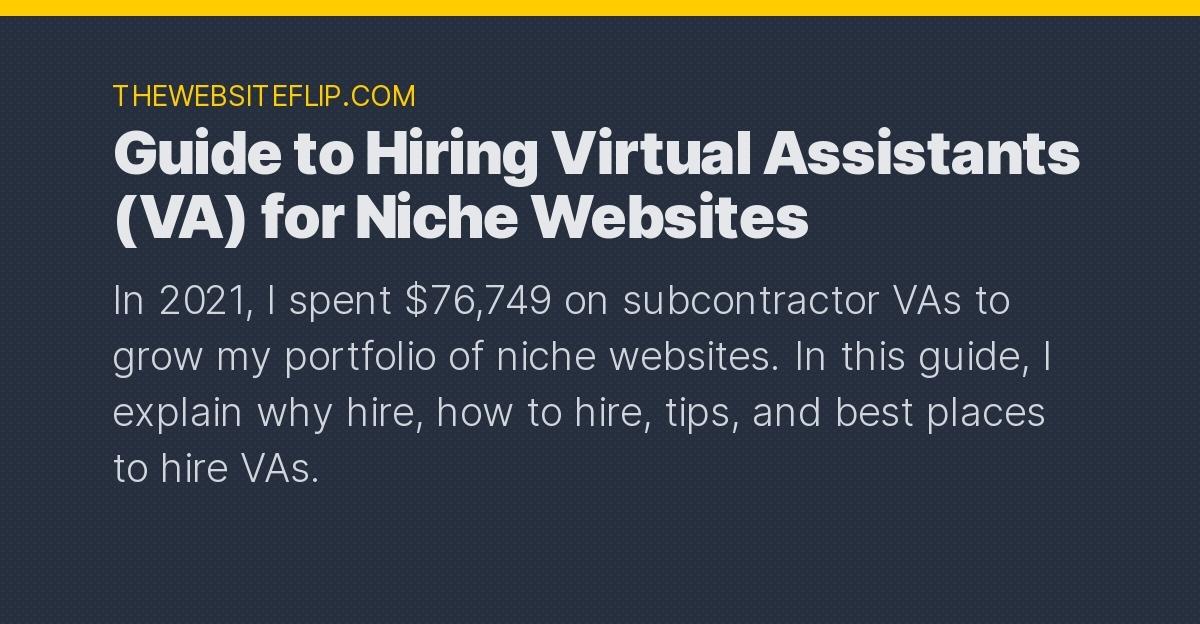 In 2021, Mushfiq spent $76,749 on subcontractor VAs to grow his portfolio of niche websites. In this guide, he explains why hire, how to hire, tips, and best places to hire VAs.

This is a great guide covering:

Coming up with a blog name and domain can sometimes be difficult, especially for popular niches where "all the good names are taken." Choosing the right blog name is critical to creating a strong brand.

Here's a large list of 1,000+ names for all kinds of blogs that can help you get the juices flowing when coming up with that name.

Most SEOs consider Google Search Console (GSC) their source of truth and trust the data to be accurate. What if I told you that GSC doesn’t tell you all of the keywords you’re getting traffic from? In fact, the tool doesn’t show a term for nearly half the clicks.

These instances of hidden terms account for 46.08% of all clicks in our study. The study includes one month of data across 146,741 websites and nearly 9 billion total clicks.

SEO on the Beach 2022 Recap & Highlights

Danielle Escaro at Oncrawl gives a brief recap of SEO on the Beach 2022 in La Manga, Span and the event's highlights. There are also full presentations there for some, so definitely check it out. Here's what she covered:

Use Google Autocomplete as an SEO Tool

Ann Smarty from Internet Marketing Ninjas discusses how to take advantage of Google Autocomplete and also shares their free [Suggestion Keyword Finder] that uses Google autocomplete to give you up to 3 levels of keywords.

Deleting a Site And Starting Over | YMYL | SEO Case Study

Very interesting case study from Adam Riemer on a YMYL and Medic site. Love the risks he took to fix all the mistakes and how they're paying off.

The most interesting parts of this case study are the drastic measure he took, including changing all the URLs and not set any redirects. That means no link juice was passed on, so all the benefits of the built links that the SEO agency made were lost.