Awards Season is upon us - in the Film/TV industry. The Academy Awards are this weekend and in my past life, I'd be busy watching lots of free movies as a voting member of some guilds and discussing who was nominated, who should win, and who got snubbed.

The discussions about who got left out of the nominations are always lively. Nominations are often subjective because there's no real way to compare actors/directors/writers/crew in an Apples-to-Apples way. It's all based on the voters of certain guilds.

Some movies are made for big box office numbers, like the Marvel movies. Others are made for the Awards circuit. Before you start shooting any film/TV show, the creative team needs to answer who the target audience is.

When it comes to SEO, sites and content can be compared to each other in an Apple-to-Apples way because it's one source, the Google algorithm, that's doing the comparing. There's no other source that the Google algo will go to and ask "Hey, what do you think of this content and site?"

The Google algo looks at the sites and content, compares them, and ranks them according to all the factors the algo takes into consideration. It's "by the book" and a mathematical equation.

But when it comes to humans reading the content and browsing the site for how good they are, we come back to a subjective way of looking at things.

The Ahrefs video referenced below takes a look at 3 writers who charge $0.02, $0.15, and $0.40 per word to see if price = quality. The range of answers is interesting and diverging, because they all have different backgrounds and perspectives.

This all brings me to the question - Who is your target audience when creating content - Google or Users?

I say you create kickass content for the Users first. Create content that's better than all the ones on the first page of the SERPs. Then you can optimize for Google.

Don't think that you need to play to Google's algorithm as your primary target audience, while sacrificing things like readability and user experience. No one knows all the ranking factors of the algorithm, so no one can fulfill the algo's criteria to consistently be #1 in the SERPs.

As Google continues to regularly update their algorithm, it's only going to get better at recognizing good content vs bad content. The good content will then rise to the top.

Maybe there's some loophole or algo issue that has a bad piece of content at the top of the SERPs today. Take solace in knowing that it won't last long.

Since I forgot the Niche Creator Q&A's into the newsletter last week, I'll be adding them to this week's newsletter.

Morten is also the only one out of 12 Creators that answers the "What do you eat or drink for fuel to keep going?" question with food and not a drink. It's an interesting answer that I would never have guessed at all.

TheWebsiteFlip 72-hour Sale of 30% OFF

Mushfiq is holding a 72-hour sale on all his courses and products. He'll be increasing the prices in April for most of the products, so get in now if you're interested. I've checked out his products, and they're all top-notch and in-depth.

Get 30% OFF using this coupon code: SPRINGISHERE at checkout.

Course on Website Flipping: A decade of experience in a day with 6+ hours of videos, due diligence reviews, templates, and more!

EasyDiligence.io: 45+ due diligence questions database and dashboard. This tool helps you structure your due diligence when buying sites.

Danny Richman released a free Google Sheet & Script that utilizes OpenAI’s GPT-3 machine learning language model. It's a great little too that can

You simply enter a product or service in a cell. The script then suggests an emotional goal likely to be driving a purchase of the product, with some copy incorporating both the product and the goal.

Here's an example of what it can do:

He has a number of other Google Sheets and GPT-3 tools as well.

RackNerd Hosting - 1 Year of access to $9.98/YEAR cPanel Shared Web Hosting. 50 GB SSD Disk Space 2 TB Monthly Transfer. It's renewable at $9.98 too, so it's a good deal. I actually use their VPS servers for my testing and non-core sites. My core sites are all still on the Vultr High Frequency VPS servers.

Pensil - A white-label community platform for your website, online courses, and discussions. Good for coaches, consultants, and educators who want to monetize their expertise online and unify their community.

Listnr.fm - Record, edit, host, and distribute your podcast to Spotify, Apple Podcasts, and Google Podcasts—all from one tool.

Curiosity - Search your folders and apps from one tool, plus save time with shortcuts that instantly launch programs and meetings. There are many things that it can integrate with to search through like Twitter, Notion, Google Drive, OneDrive, etc. A lot more cloud platforms are upcoming too like Airtable, Asana, Calendly, Clickup, and more. 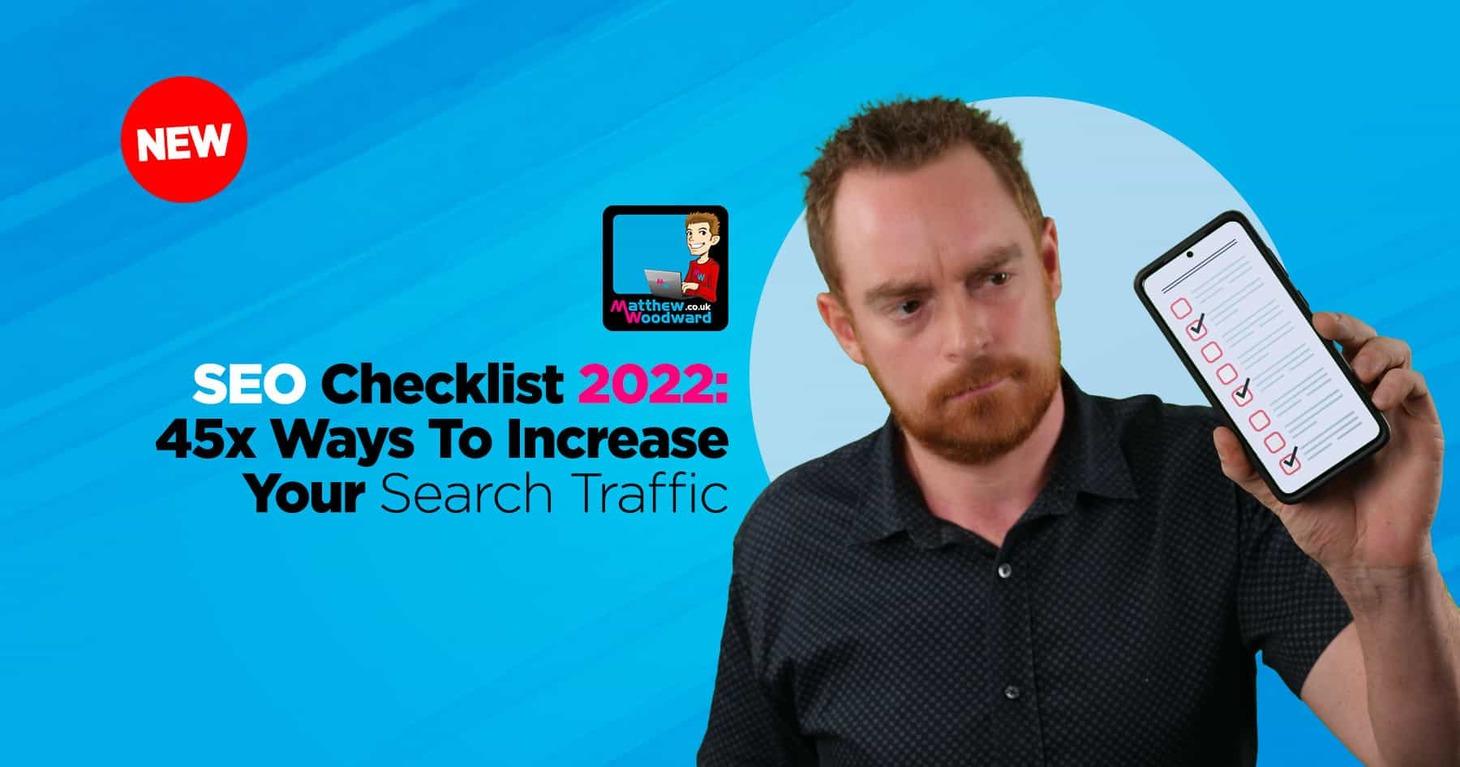 Matthew Woodward updates his SEO checklist to increase your search traffic step by step. There's also a downloadable PDF version of the checklist to print for quick reference. The checklist breaks down into sub-checklists: 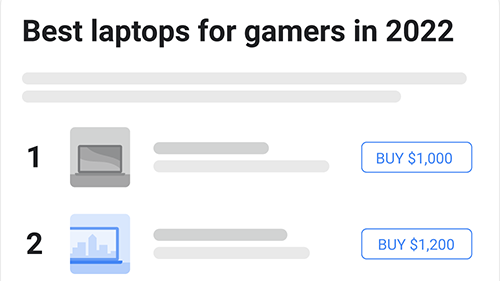 Latest Google Product Reviews Update launched. Nothing surprising in what constitutes a 'good product review' in their eyes.

The update is rolling out over the next few weeks, and impacts the rankings of English-language product reviews.

Be sure to check out Google's Best Practices to writing high quality product reviews, including: 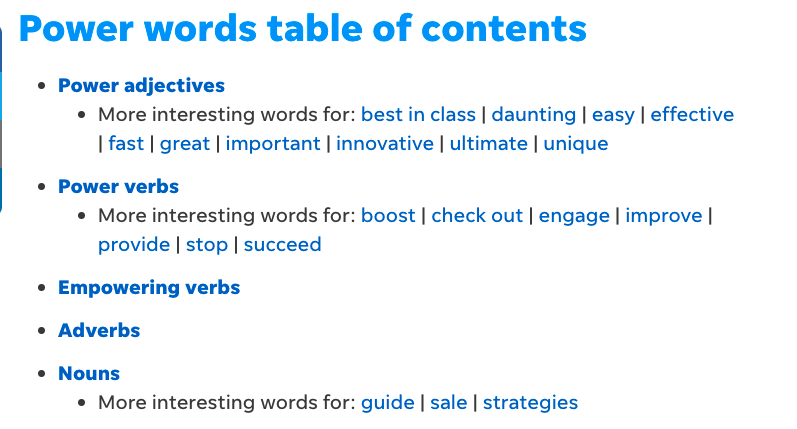 352 Copywriting Power Words to Use for Content That Pops

Write more memorable marketing copy with this list of over 350 power words and phrases—for emails, blogs, social, ads, and more!

Changing up your word-use will help engage your visitors to continue reading. Adding engaging power words will help differentiate your meta description in the SERPs and hopefully increase your CTR.

Google "power word list" and you'll see a number of lists that you can print out for quick reference.

When to Use FAQs for SEO and When They're Excessive

Adam Riemer gets into when to use FAQs on blog posts, ecommerce, and leadgen/services sites.

Not every page, blog post, or piece of content needs to have FAQs. In many cases, FAQs are excessive and could hurt your SEO.

The key is to add FAQs when they can add value to the page that they're on. There's no need to add a FAQ if the question was already part of the main content. There may also be situations where you'd want to create a separate page for the topic of the FAQ you want to add. 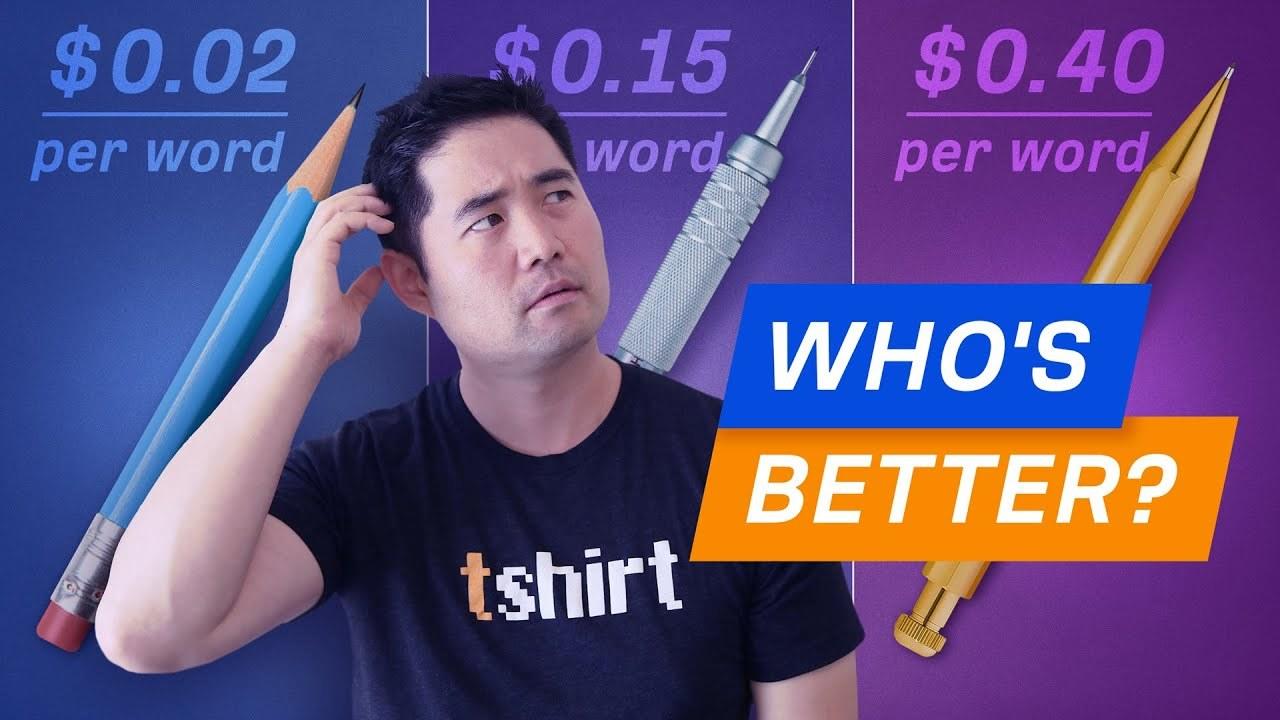 Ahrefs paid 3 freelance writers (at different rates) to create content on the exact same topic. See their takeaways on the quality and if more expensive writing services result in better content.

Each writer was given a content brief with some basic guidelines, product recommendations, and headings. The word count range given to them was 500 to 1300 words.

3 of them scored the writers based on:

They have some vastly different thoughts on what makes a good and bad article. Shows you what's considered "good" is more subjective than objective at times.

The main takeaway from his data for title length is to keep them between 50-60 characters.

Creating Content Worthy of Links for Niche Industries: The Importance of Thinking Outside the Box

Creating content to drive links has a number of benefits:

This article covers a range of tips and ideas for creating link-worthy content in your niche. 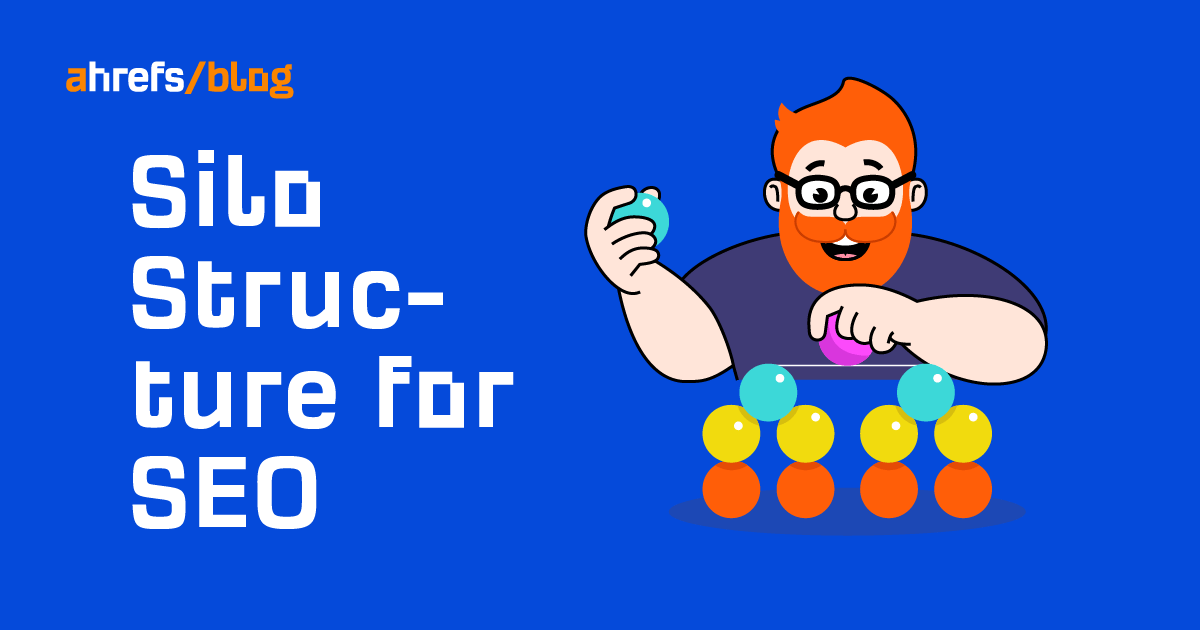 SEO Silo Structure: Why It Makes No Sense (And What to Do Instead)

Joshua Hardwick at Ahrefs covers why "siloing" is a terrible idea and to stay away from it.

The main issue he has with the silo structure is the interlinking that stays within the silo, not issues with having topic silos.

Some of this is also semantics with how you define 'silo' vs 'hub' vs 'cluster' vs '(insert trendy term)'. He also says the only difference for him between how he defines a silo vs hub is that a hub allows for linking between hubs.

Whatever you want to call it, just keep your structure and links organized. I'd also avoid just linking haphazardly to any and every page. Links should be relevant.

Another good resource that I tell people to share is Matt Diggity's video on Silos and Internal Linking. His definition here departs from the article's strict definition of 'silo' and not allowing links to other topic silos.

Kevin Indig shares an updated lite version of his TIPR model for internal linking optimization. The lite model is good for small sites.

The idea behind TIPR is to find weak points in internal linking structures. You can improve ranks and increase organic traffic by fixing them and uncovering hidden gems on your site. TIPR (lite) helps you find two types of pages on your site: hoarders and wasters.

This isn't a plug-and-play tool though. You will need to follow some steps with a crawler like Screaming Frog, a SEO tool that gives you backlinks, and a spreadsheet. 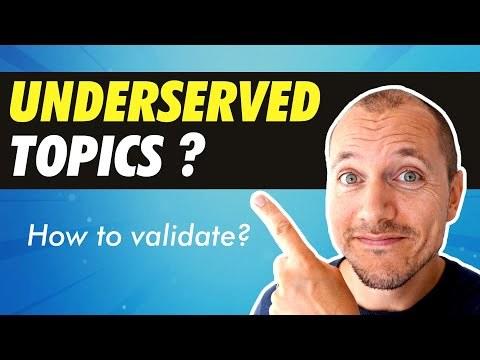 It's getting a bit harder to find good stuff to write about where you can rank easily. In this video, Morten Storgaard goes over some strategies to validate when a topic is worth writing about.

Be sure to also check out his Niche Creators interview.

Have questions? Reply or email me at hello@nichesurfer.com. I’d love to know what you think and if you have any ideas.