I just finished my taxes...well, aside from mailing the state returns in and paying the tax. I have a good-sized bill this year.

This is the largest amount I've ever had to pay. It's mostly because of self-employment taxes to the US, but there's also a good chunk for paying back the child credit tax that was sent to so many other people. Apparently, I have to pay it back because I was overseas and claiming the Foreign Earned Income Exclusion (FEIE).

FEIE provides excluding up to $112,000 for 2022 without paying taxes. But the catch is if you're self-employed, you still need to pay ~15.3% in Self Employed Contributions Act (SECA) taxes. There are exceptions depending on the country you live in because of agreements between the US and that country. Unfortunately, Taiwan's not included in that list.

The other way to get around it is if you're hired by a foreign company, which I always was, up until Covid hit. I can't just create a foreign company either to avoid the self-employment taxes, because I own company.

These are the little things that people don't usually talk about when becoming a digital nomad. The perks of working anywhere you want and traveling the world are always the big selling points.

It's important to also look at the finer details and the logistics of living abroad, especially if you're a US Citizen. The US is one of the rare countries that taxes its citizens no matter where they live. The majority of countries do not do this.

If anyone has any tips on how to lower my US taxes, I'd love to get them! Whether pointing me to resources or your own experiences.

Crossing your t's and dotting your i's is also important when it comes to your affiliate websites and online businesses.

You can't just publish content and expect Google to send you thousands of visitors per day.

You can't just create a product and expect to sell thousands to people. 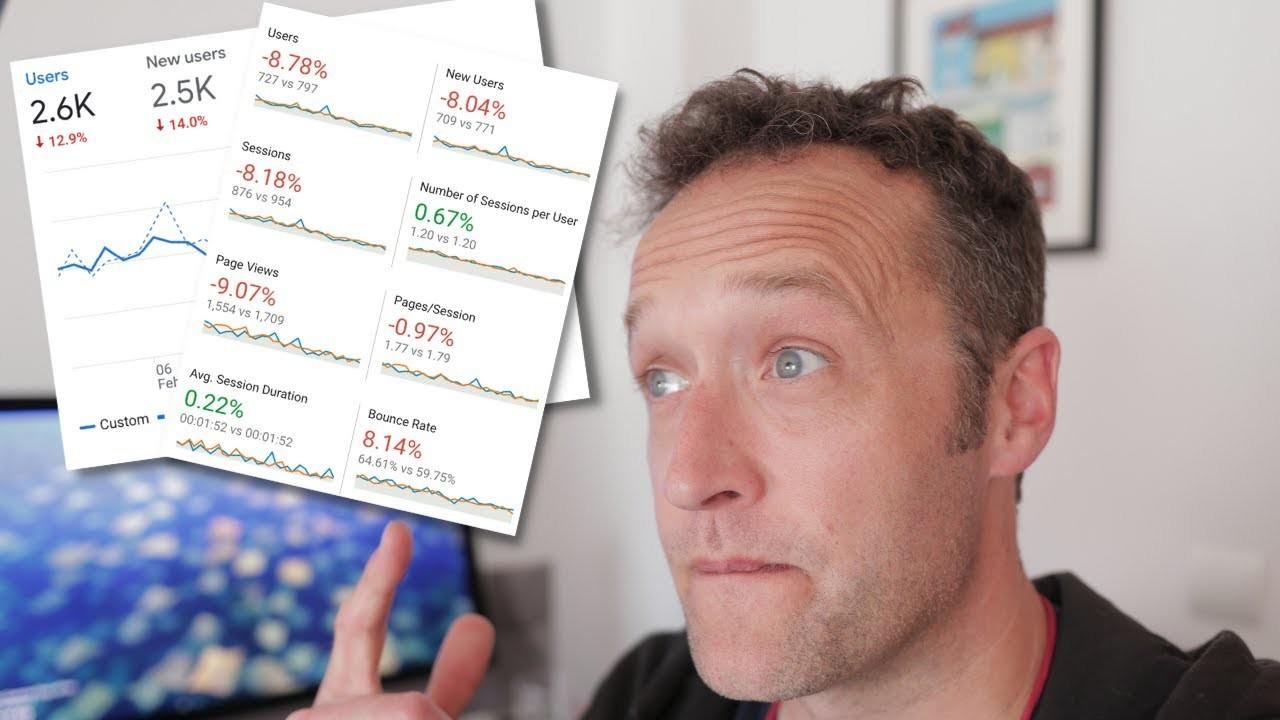 WriterZen - They're back on Appsumo for the last time. They're great for keyword research and creating initial clusters, and I do use it for researching new topics. I still use Frase for content creation and optimization though. Their AI writing credits feel low, but that's not what it's good at.

AAWP - AAWP is turning 7 years old and they're having a birthday sale with 20% off all new licenses.

One of the rare times you'll see AAWP on sale. There were no discounts during Black Friday either. There's no discount code needed during the sale. Just click the link to get on their site and the discount should be applied when purchasing.

Get the discount now

Porkbun Porkbun is having a Flash Sale until March 31st on lots of TLDs. The popular ones are .co and .us. There's no deal on .com names, but they already price them low at $9.13/yr. Sign up for their mailing list because they will have deals once in a while.

I use Porkbun myself for registering domain names. Super easy to use and almost always the cheapest. I used to use NameSilo as it was the cheapest, but then Porkbun came along. There's no affiliate program either, so I'm not saying that for commissions. It's just a good, simple domain registrar.

Namecheap
Namecheap is also having a sale, but the prices are slightly higher than Porkbun. The one advantage with Namecheap is they are offering a discount on .com domains at $6.98. The .com renewal is $13.98 though, while Porkbun is $9.13. You could purchase on Namecheap and then transfer to Porkbun later before it's time to renew at the higher rate.

Odys Global
If you're looking for domains that are aged like a fine wine, [Odys Global is offering $400 off] their domains from March 14 to 31.

Google Domains
Google Domains is finally out of beta! They launched in 2015 and it only took 7 years for them to officially launch. From now until April 15th, they're offering 20% off any new or transfer domains. Prices are regularly $12 for .com domains.

How to Use Surround Sound SEO

The term Surround Sound Marketing, coined by HubSpot, refers to a strategy that prioritizes being found in as many of the top-ranking pages as possible versus simply getting your own domain to rank at the top of the results.

The goal is to make sure your brand is visible every time someone searches for a relevant keyword, and for potential customers to see your business mentioned in as many of those top-ranking pages as possible—even if those pages are not on your own domain.

There's the whole black hat vs white hat SEO tactics. Link building is one of the most common areas where conversation happens. This article covers:

They also list 6 black hat link building tactics you should most definitely avoid.

They have another article with 3 white hat link building techniques that suggests: Guest Post Outreach, HARO, and Building a Network.

The link-building landscape is changing fast. We will be discussing how you can adapt to it and avoid the common mistakes people STILL make in 2022! Another good video from Gael and Mark from Authority Hackers.

Good in-depth post on planning a website that focuses on user search intent first. There's also a deck in there from Lazarina Stoy's presentation in the SEO Mastery Summit.

This is the written version of the presentation and covers a lot of things, including:

How to Prep Your SEO Strategy for a New Website - Moz

Your SEO strategy should be one of the primary considerations before you even start your website. This Moz article covers the SEO checklist for new websites, saving yourself valuable time and resources. It gives 10 essential steps, including:

Semrush's checklist of the 41 best practice points and tasks covering:

This is a good list to download, print, and tape on the wall for easy reference. Or make it as your computer's wallpaper for even faster reference, because we know we don't like taking our eyes off the screen! 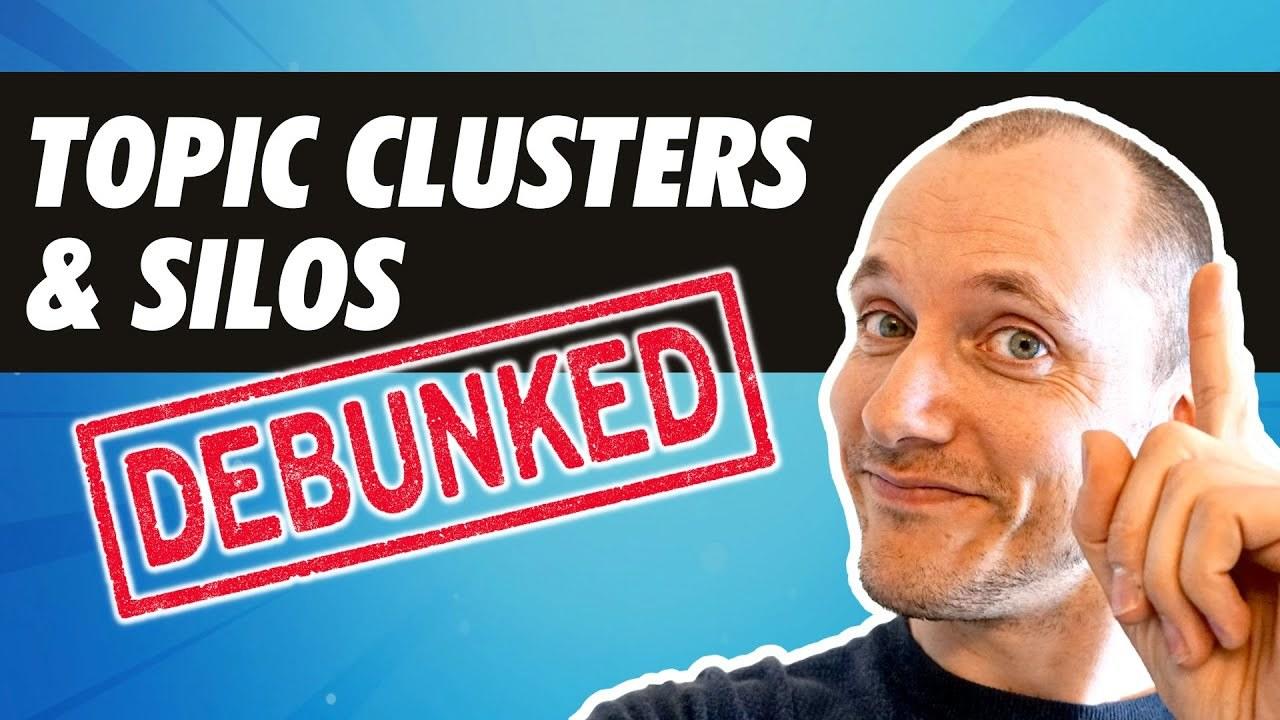 Topic Clusters - The EASY Way To Authority In Google!

Morten Storgaard has a different point of view on topic clusters and silos. He suggests there's no structured way in creating clusters and there's no need to write the pillar articles.

Instead, he suggests to write articles that are related to each other and link to them. There's no need for that central article.

I also interviewed Morten this week, so his Niche Creator interview will be coming out soon! Lots of great information from him. 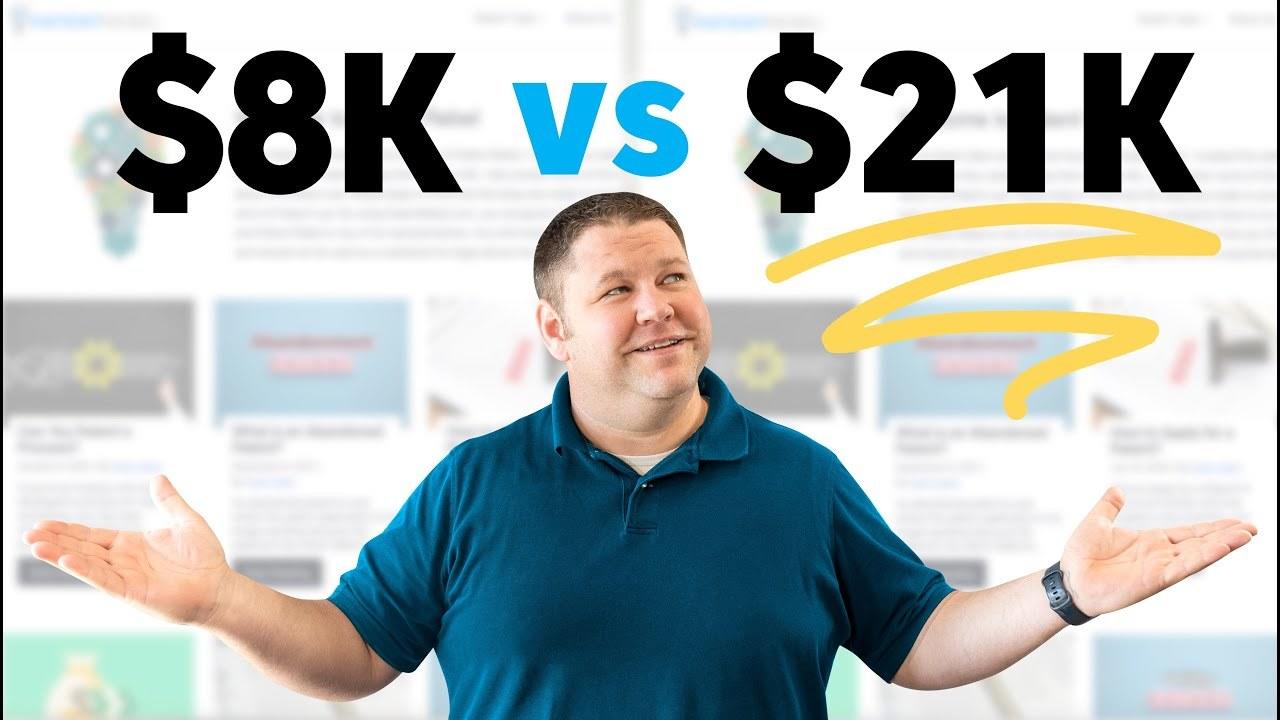 How Valuable is Your Site RIGHT NOW? Here's How to Know - YouTube

Nice video from Ricky at Income School on how to value your site. Whether you have plans to ever sell your site or not, knowing its market value is incredibly helpful and motivating. 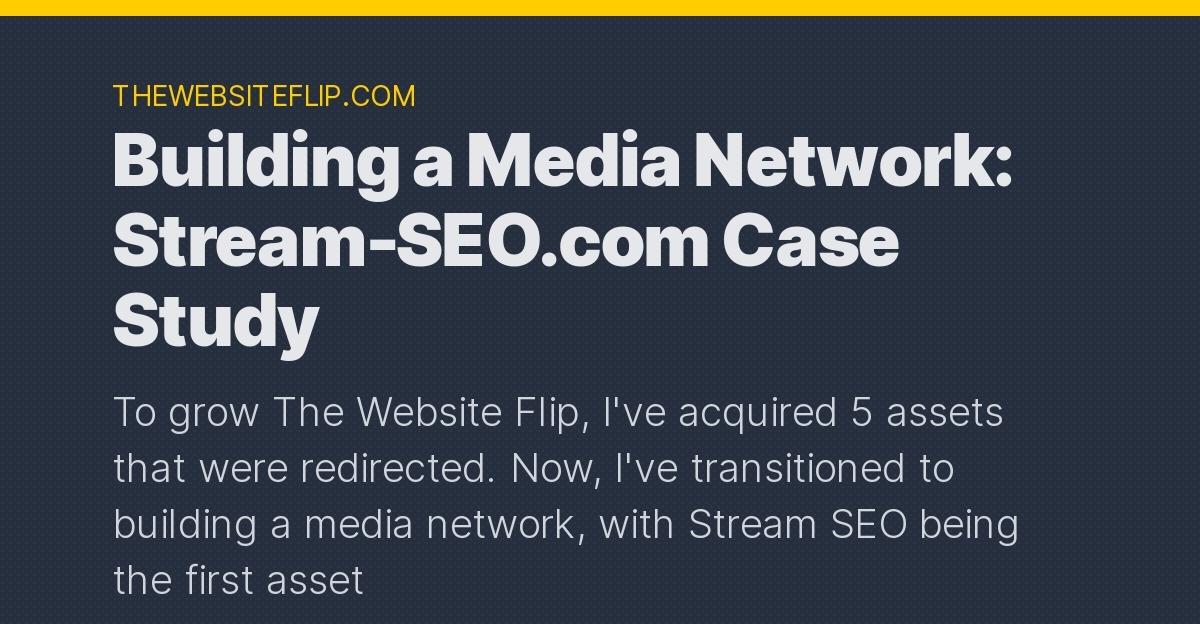 If you've followed Mushfiq and TheWebsiteFlip, he's been acquiring sites and assets left and right. Those assets were always 301 Redirected though. He's now switched gears and moved toward building an Authority Media Network (AMN).

He's kept his latest acquisition of stream-seo.com as stand alone to build an AMN. Check out the article as he discusses:

Prepare for the future with Google Analytics 4

My thoughts on GA4 - I definitely don't like the UI/UX of it. It's so annoying and if UA is already working so well, why change it.

The feedback from the community makes it feel like they've got a 'New Coke' product on their hands. Much like how Coca-Cola took away Original Coke when New Coke came out, Google is taking away UA and all the historical data.

Not having access to historical data actually annoys me more than GA4's UI/UX.

Maybe Google decides to let us import UA data into GA4 before it's gone... 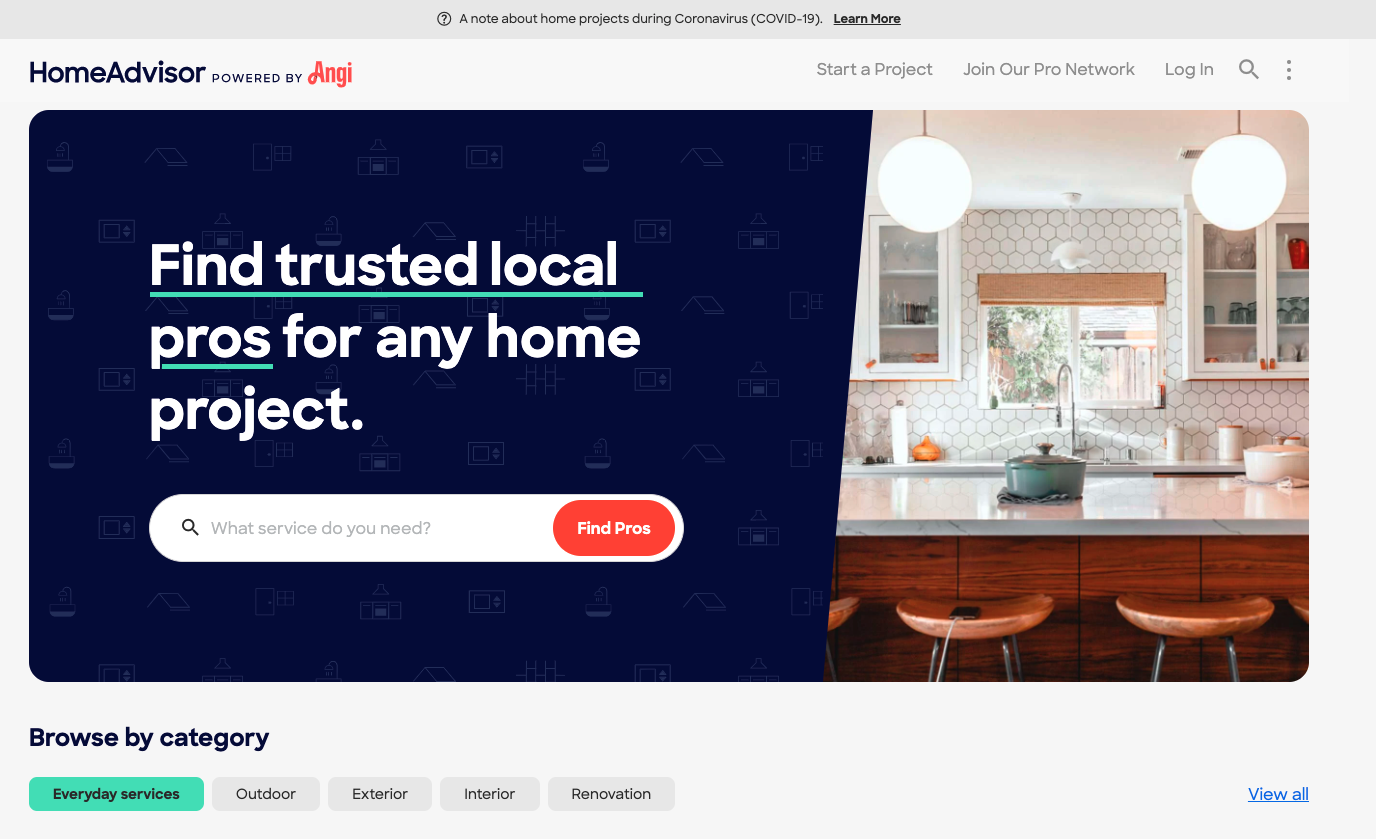 Lead generation is still big business and there are many affiliate sites for lead gen sites. A big home project lead gen site is HomeAdvisor.com.

The FTC charged HomeAdvisors with cheating small businesses by misrepresenting the quality and source of leads since 2014. There are also additional charges on misleading service providers on upsells, HA jobs will get providers higher rates, and more.

The Performance Lab plugin has been released – Make WordPress Core

WordPress introduced the first version of their Performance Lab plugin for testing. It is a collection of modules focused on enhancing performance of your site, most of which should eventually be merged into WordPress core. The plugin allows to individually enable and test the modules to get their benefits before they become available in WordPress core, and to provide feedback to further improve the solutions.

The plugin's modules are:

Be sure to also join others riding the passive income wave in the new Discord group.