Lots of great Black Friday and Cyber Monday (BFCM) deals out there for people to buy. This sales holiday is usually the best deal every year.

But remember to think about what you will use and don't fall into the FOMO trap. It's very easy to FOMO and buy a bunch of deals, thinking you will use it at some point. I've done it before and still do it.

Before you know it, it's BFCM again and you just realized you barely used the tool you purchased last year.

The best way I avoid FOMO is to look at the new, flashy tool and what its function is. I think back about the last 3 months of work.

Were there times when I could have used this tool or service to save myself time and money?

If it's a NO, then I probably will not use it in the next 3 months either.

You'll sometimes have to check if the discounts are only for new users, but you can also get around that 😉.

There are also many, many, many deals out there, so it can be hard to keep track of what you want. I like to create a to-do task as a shopping list. All the deals I'm planning to get will be in that task.

That helps me get organized and control purchases because my eyes will get big when Nov. 26th rolls around. All the big % numbers will be trying to get me to buy and I gravitate to it, with FOMO trapping me.

I've been curating BFCM deals that are useful for building a variety of niche sites. If you know of any deals I missed, including your own, then reply back and let me know!

I'll also send a special BFCM-edition of the newsletter that will only be deals. It will give you the ability to have all the best and relevant deals in one place.

ReMasterMedia - If you have a podcast, create videos, and/or record audio, this tool will help you optimize your audio so it sounds great. Works well whenever I use it.

Hide My WP Ghost - Ends in 10 Days. Security plugin for WordPress. Protect your site from common attacks such as script and SQL injection, brute-force, and more.

Beam.gg Community - Build a community with a gamification layer to keep members engaged. I have this myself, but not using it at the moment. It's still early, so it's more of an investment and planning to use it in the future.

Aryel AR - Build an AR experience with a simple drag-and-drop builder and then share creations via a custom link. I think this is really cool and if you sell any physical products, it'd be cool to bring your product to life in any space (furniture) or even on people (clothing).

Expoze.io - Get eye-tracking heatmaps created by AI technology on images and even videos. These are useful when designing graphics and web pages. These tools are helpful when you're looking to optimize clicks and conversions on your sites. 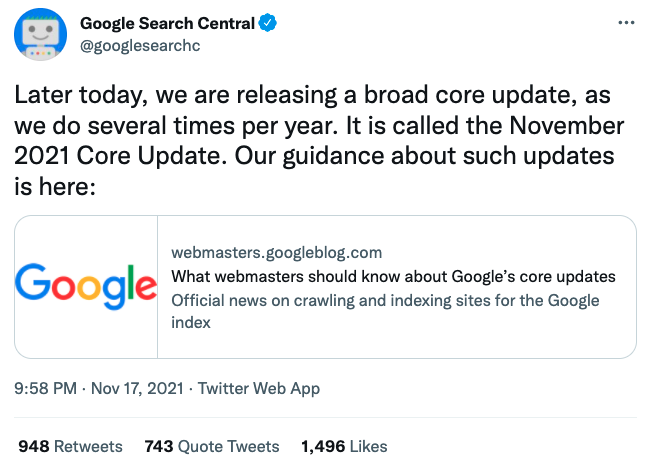 Google Search Central announced that their November 2021 Core Update has started rolling out on Nov. 17, 2021. We're looking at up to 2 weeks for it to finish rolling out, which means it's going to roll out during Black Friday and Cyber Monday.

Hope that everyone's sites aren't negatively affected by the update!

Olga Zarzeczna has curated a list of the best SEO tips she comes across. She'll be updating this on a weekly basis, so you'll want to check in once in a while.

In this November episode of Google Search News, John Mueller goes over recent developments in the Google Search world. These are some of them:

This is a summary of the most interesting questions and answers from the Google SEO Office Hours with John Mueller on November 12th, 2021. Here are some of the topics: 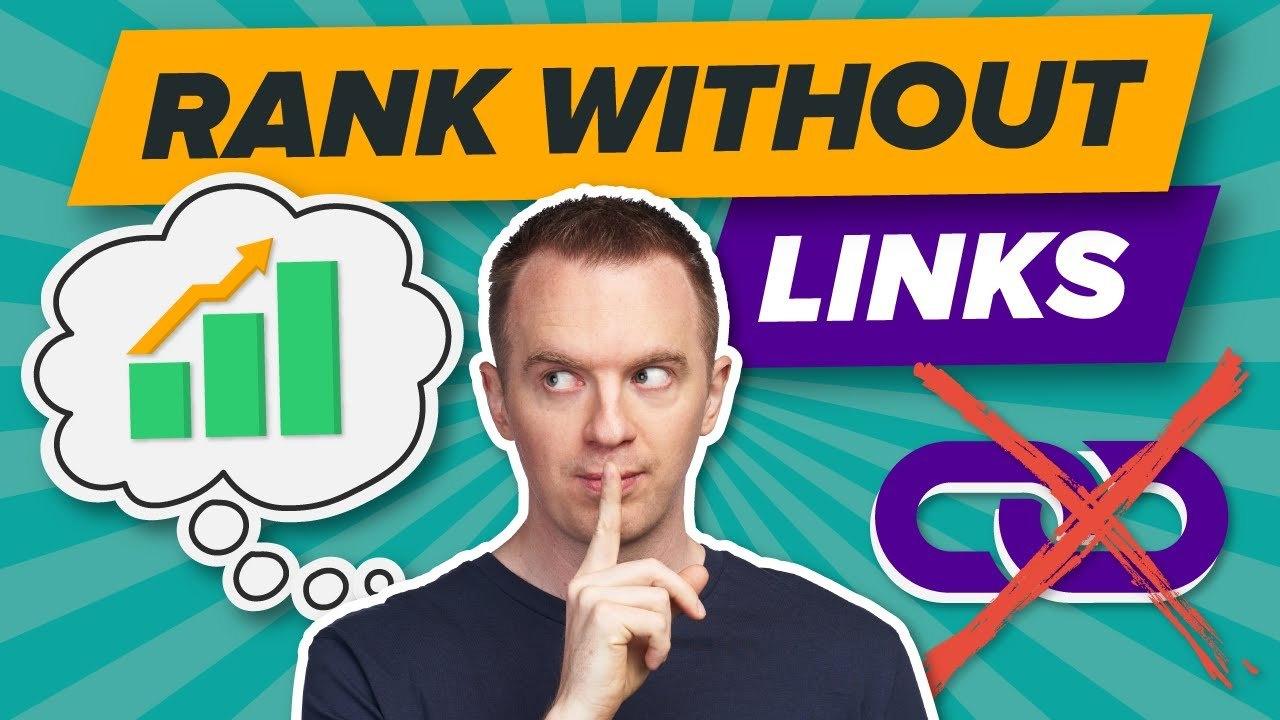 HATE Building Links? Rank NOW with These 6 Tactics Instead!

Authority Hackers covers various ways to get backlinks without doing outreach. Lots of good info in here. They cover these 6 tactics:

Matthew Woodward shared this free tool to check if your backlinks are on the LinksThatRank blacklist along with a screenshot of precisely why they are blacklisted.

I'm not sure how updated their list is, but it's a good tool for a quick check of some links. I wouldn't use this as the only resource to check backlink domains though.

Mushfiq on Site Due Diligence, Aged Domains, and The Future Of Our Industry

In this episode of the Niche Website Builders Podcast, Adam Smith talks to Mushfiq Sarker about site due diligence, aged domains, and the future of the niche site industry.

Mushfiq has just launched his own Website Flipping Course that dives deep into the ins and outs of website flipping in 51 lessons with downloadable templates.

He will continually update the course with new lessons as the industry changes, so don't worry that it'll be outdated anytime soon. As multiples continue rising to all-time highs, now's as good a time as any to get into flipping websites. Even if you're not looking to flip websites, this will course will help you get ready to sell your sites, so you can optimize the sale price. 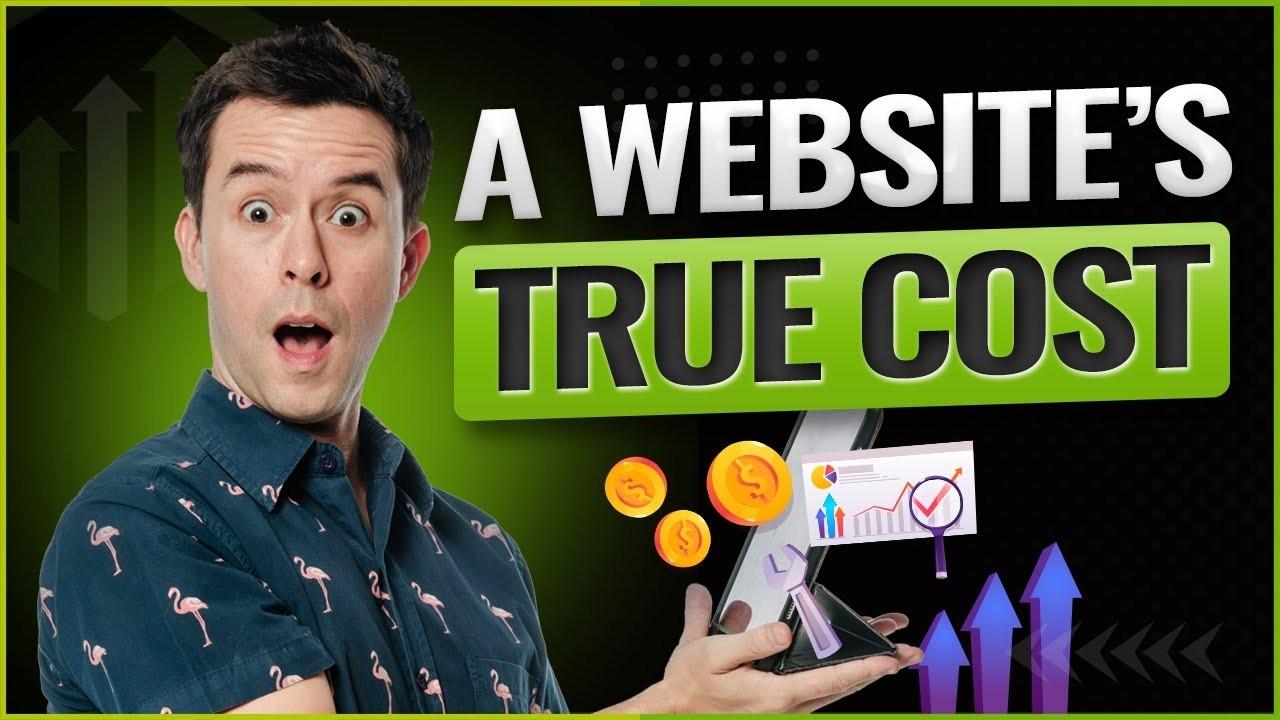 How Much Should You Budget For a New Website?

Matt Diggity takes a look at the costs of building a new site. It's a good look at different ways to spend your money and where it's best put to use. Some of the topics include:

I feel that one of the key things people forget to include into their budget is Education. There are lots of free videos on YouTube to learn (like this video), but don't forget "time=money".

The DIY approach of free blog posts and videos is great, but you can also follow a structured course like Matt Diggity's Affiliate Lab Course that's constantly updated. It's 50% OFF from Nov. 26-29 for BFCM, so there's no better time to buy one to fast track your education. 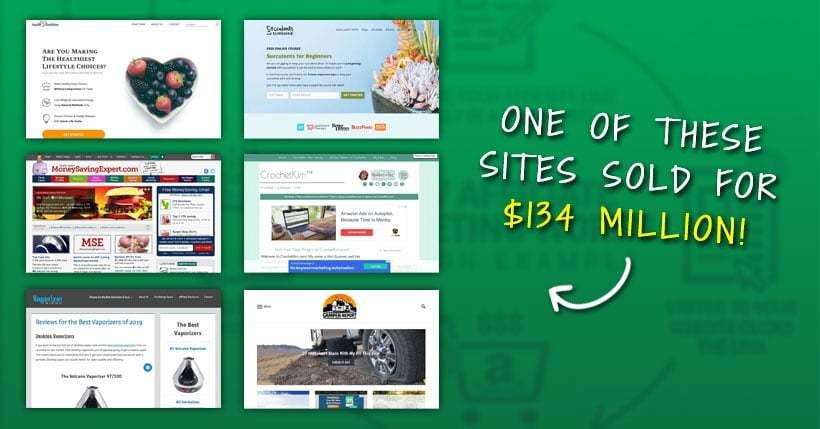 A great list of 35 affiliate marketing websites and how much money they make. Take a look at these sites, the niches they're in, and how your site compares to them.

The majority of these sites have been worked on for many years, so take that into consideration. It can be hard to keep working on sites for years, but you can do it for great exit opportunities. For example, one site on the list earns $57,195/month. Another sold for $134 MILLION! 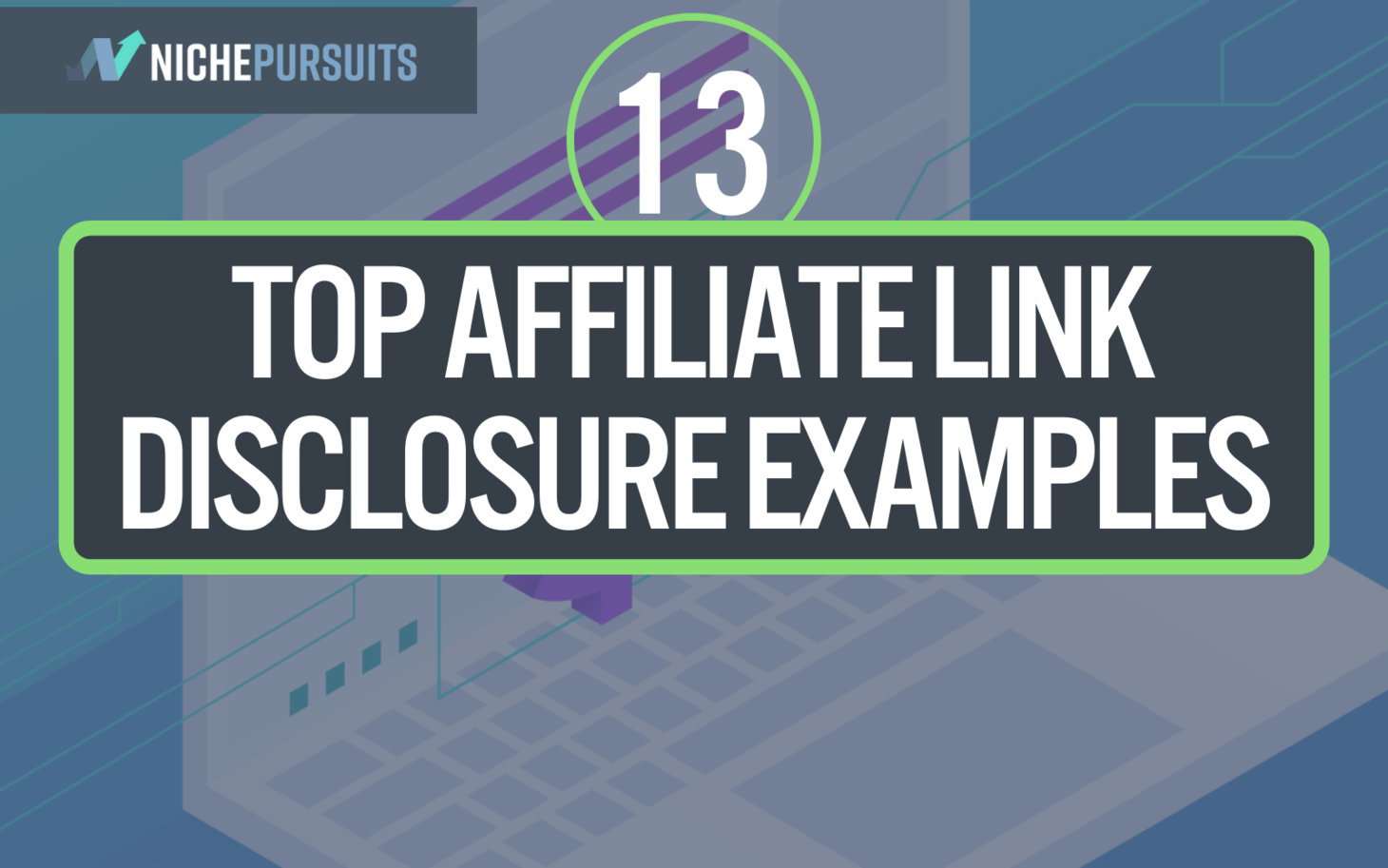 This article covers many disclosure examples to help give you inspiration and guidance. As your sites get larger and more visitors, it's even more important to be sure your disclosures and other legal pages are on-point.

Dim and LowFruits have partnered up to create a case study exclusively using LowFruits.io for keyword research and strategy. The niche will be revealed in the Month 6 update, and the website in the Month 9 post.

I've been testing LowFruits.io myself and it's a great tool. It's currently very similar to Keyword Chef with getting low-competition keywords, but the filters and data organization offer a more mature UI/UX.

Lots of good features coming. They'll also be introducing a monthly subscription soon for those who are consistently looking for keywords. They have plans in the next few months to include extraction of keywords that competitors are targeting, as well as tracking SERPs/rankings. 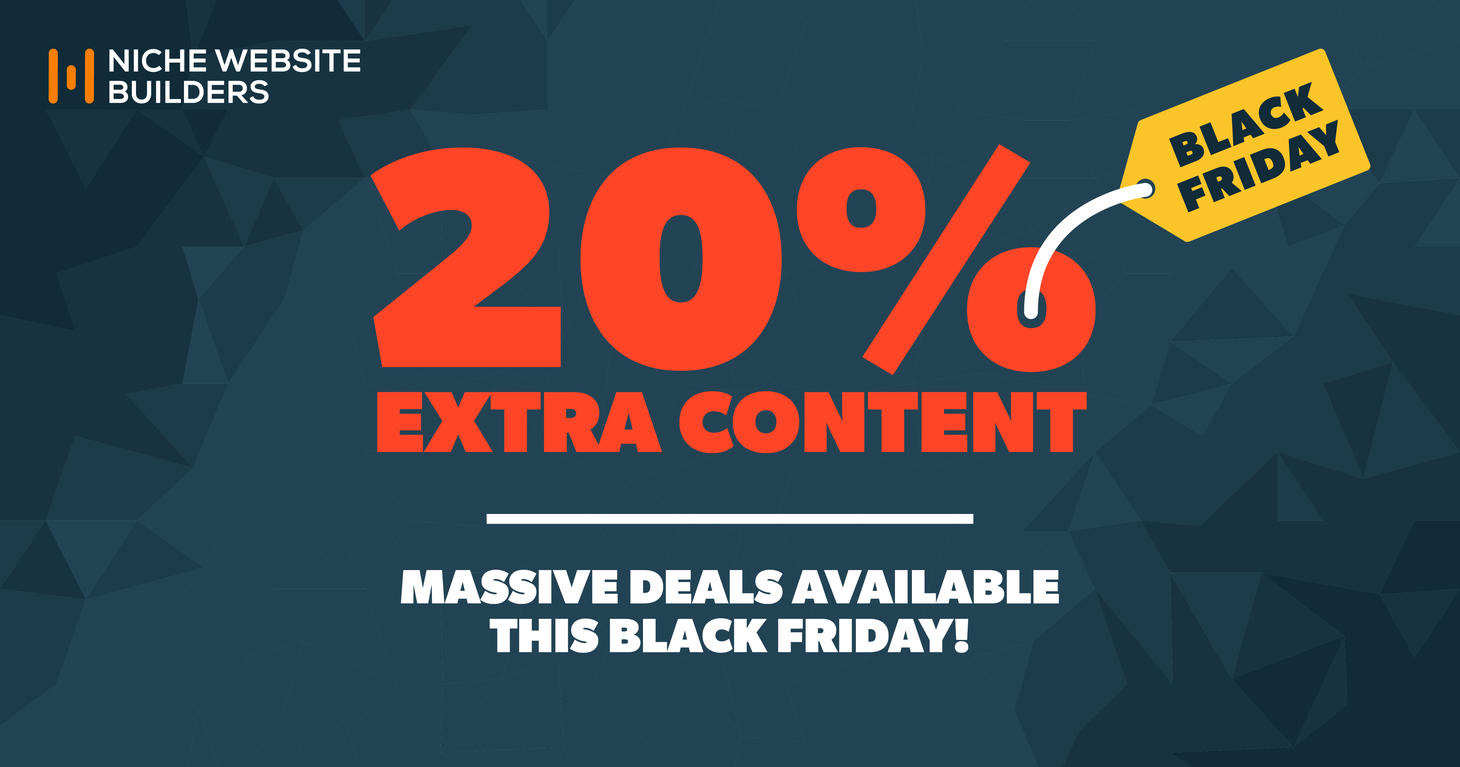 Niche Website Builders is doing an Early Black Friday sale from Nov. 15 - 21, 2021. There are lots of great deals here for Niche Surfer subscribers.

Make sure you get in early if you're considering working with NWB, because I believe they sold out last year. All these service providers get lots of orders during BF/CM, so sometimes they'll sell out quickly.

To get access to these exclusive early deals, pick up your coupons here.

Google released their list of the latest trending products and insights from this year’s Google Shopping Holiday 100. 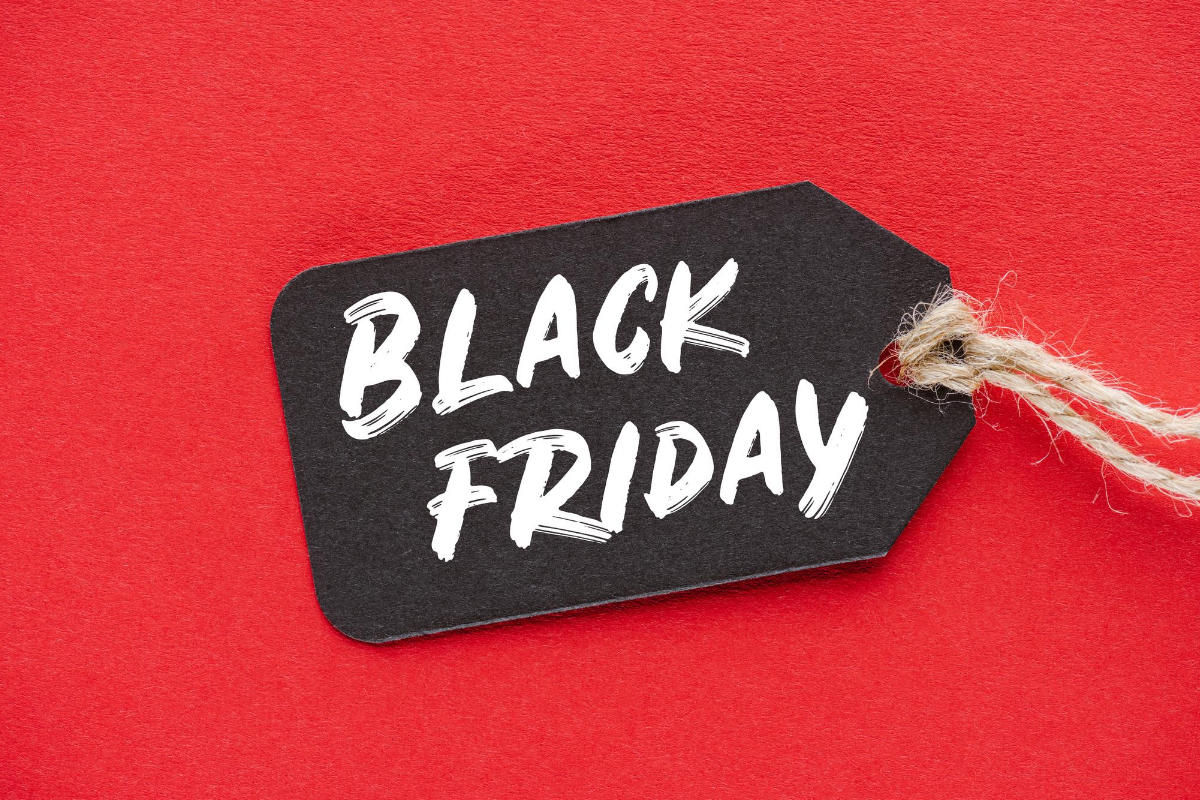 This is an ongoing list for the next few weeks to help keep tabs on the good deals out there for niche sites. I'll be sending out a separate Black Friday list when the time comes, so that there's one email specifically for deals. For now, here's what you can look forward to:

Let me know! Reply or email me at [email protected] I’d love to know what you think and if you have any ideas.

Also, be sure to Whitelist [email protected] and/or drag the email to the Primary Inbox to make sure you don't miss the emails!

Have a great week with taking your niche sites to another level!