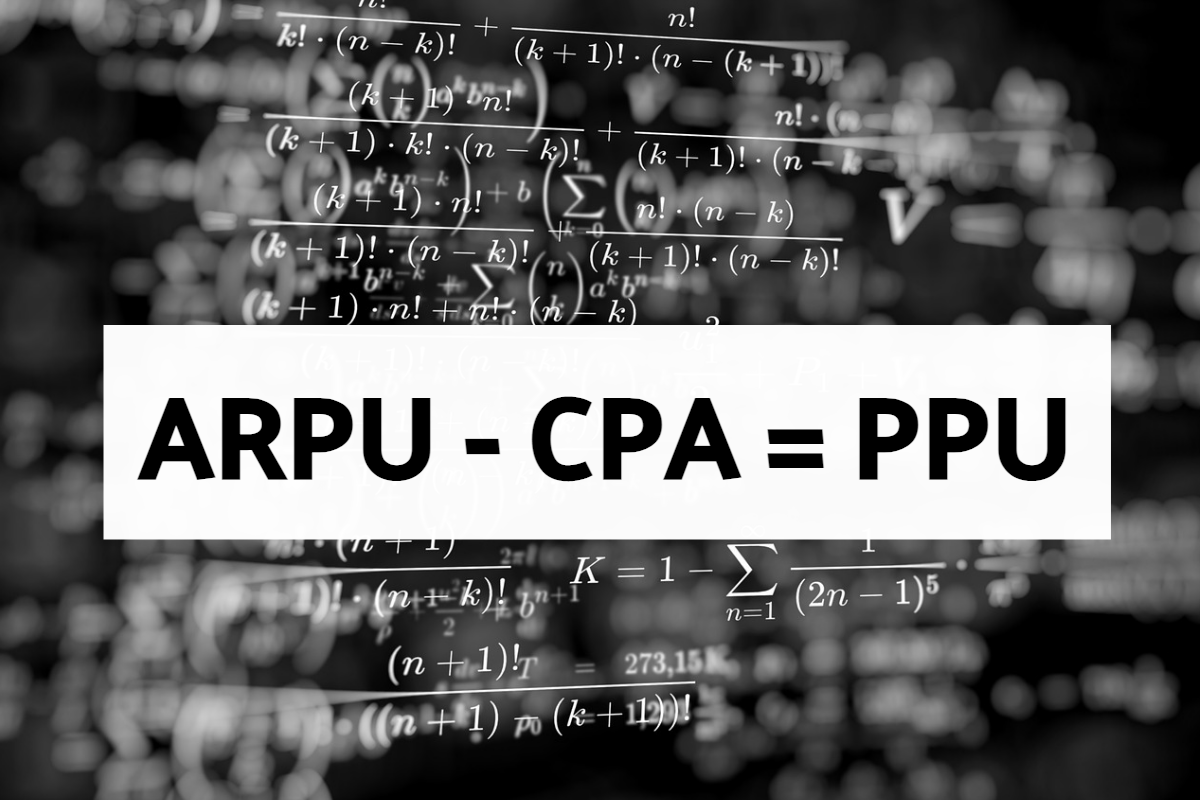 ARPU - do you know what that is?

It stands for Average Revenue Per User. The formula is really easy:

Why do I bring it up?

ARPU is something I track every month. I don't share it in my monthly income reports because it's not a metric that I've ever heard anyone else use - until this week.

I was talking to Adam Smith on the Niche Website Builders podcast and he brought it up. I was pleasantly surprised because he's the first person I've seen who's ever brought it up - kindred spirits!

ARPU can be paired with CPA (Cost Per Acquisition) to calculate PPU (Profit Per User):

ARPU gives me an idea of how much money I'll generate on a macro-level for each visitor that lands on your site.

So, why do I bring up all these letters and math?

I just received an email out of the blue through Site 3's contact form asking if I was open to selling it. I started thinking about it and how I would even assess its value.

Traditional valuations would use a multiple of monthly revenue or profit. I'll use revenue because it's a young site and revenue is often reinvested for content and/or links.

This is where I thought of using ARPU to calculate a valuation range based off real data.

I gave him a price range of what I see the value is based on multiples of ARPU. I expect him to be somewhat shocked, because using traditional multiples and calculations is difficult for young, growing sites.

I will say that I instantly became more comfortable with the numbers and wouldn't have much issue selling if he did accept the price range for any reason.

What's the ARPU of your sites?

Have you sold a young, growing site before? How did you calculate its value?

Knowing the numbers above and in my income reports, what price would you accept for Site 3?

Maybe you've already taken a look at ARPU and have assessed it's useless for niche sites? I want to know what you've seen!

I did some quick research of public income reports and calculated ARPU of some. I didn't find any that were close to $0.10. If you're above $0.10, let me know. I'd love to talk with you. 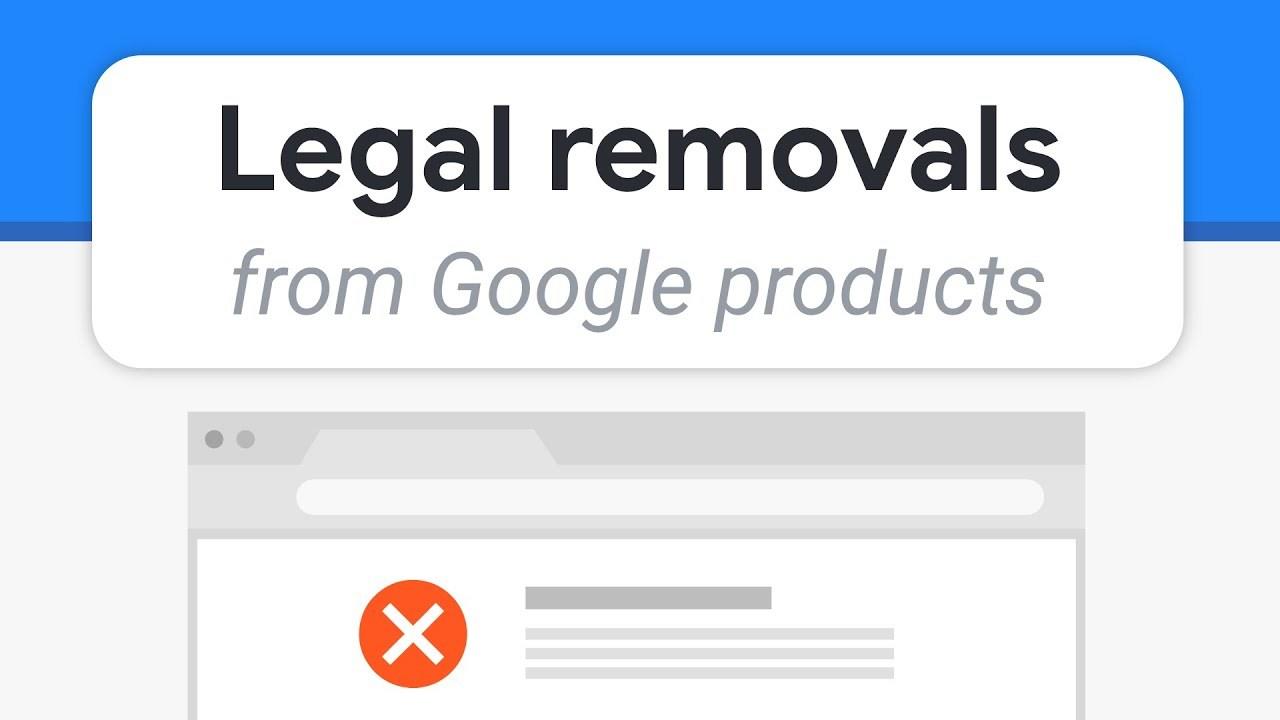 Are you seeing your content on someone else's site?

I'm sure you've heard of performing a DMCA Takedown, but did you know you can also report it to Google?

Google Search Central put out a short video on how to report illegal content.

If a site has plagiarized content from your site, you can create a report at https://g.co/legal. 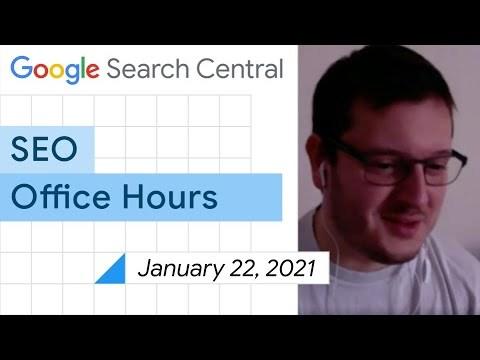 3:20 mark: How Important is Page Speed? John Mueller starts off with saying different tools give different results and to use them to see what the bigger issues are. So fix those and you'll probably have a faster site, at which point you can then focus on other things too. He also adds:

"I would not use speed as the first thing to focus on. I would really focus on your website and the content first."

It's a common response from him when talking about page speed and other more sensitive topics like back links. It's all about improving your site.

I get it. May 2021 is when Google said Core Web Vitals will become a ranking factor. That's why many people are so infatuated with page speed. John Mueller's also said in the past that it'll be a minor factor and what's more important is content and giving users what they're looking for with a good UX.

Other things he discusses that might be helpful for niche sites:

19:35 - Will Google penalize a site for a pop-up for a limited time - John said the Web Spam team has more important things to do, so probably won't penalize for a pop-up (If you said "duh," I did too, but read on).

Then John adds that there is the Intrusion Interstitial Policy for mobile, so that's one thing to look out for if the pop-up is up too long, being used too many times when a user navigates the site, or just causing a bad UX. He says it could be a small ranking factor if the underlying content isn't useful too, so they could respond to it by demoting the site in search.

What's an interstitial ad? It's those full-screen pop-up ads that overtake the screen. Google Adsense has them, as well as Ezoic (called "Vignette Ads"). I don't use them. 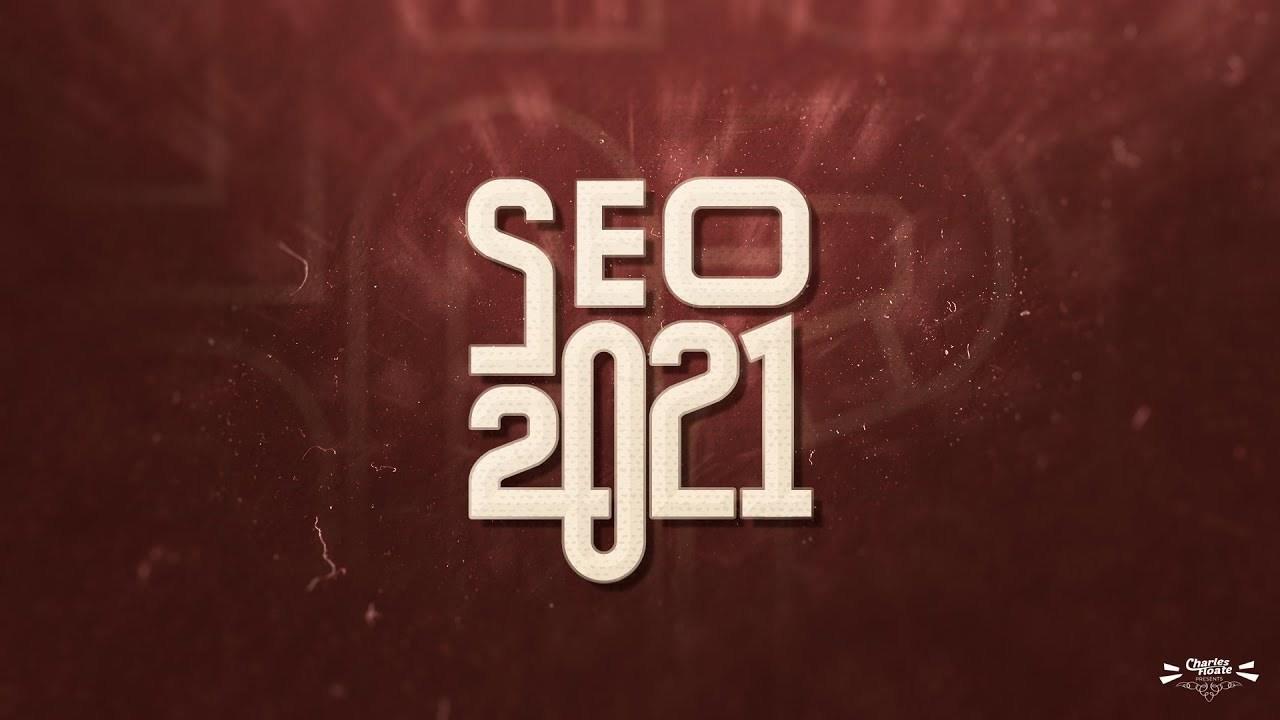 Charles Floate and his assessment on 2020 SEO updates and trends.

Lots of interesting information. I'm not sure if I agree with everything based on what I've seen or haven't seen on my sites.

Always good to hear what others are seeing, but you'll still want to look at what's relevant for you and your sites.

No two sites are exactly the same, so don't just do something on your site because you hear one or two people say it increased revenues by 50%. Those Hot Pink CTA Buttons might not work as well on your sites.

How many URL's can you request to index in Google Search Console before your quota is met?

Now that the Request Indexing is back in play, Nick LeRoy attempts to answer those questions and more. 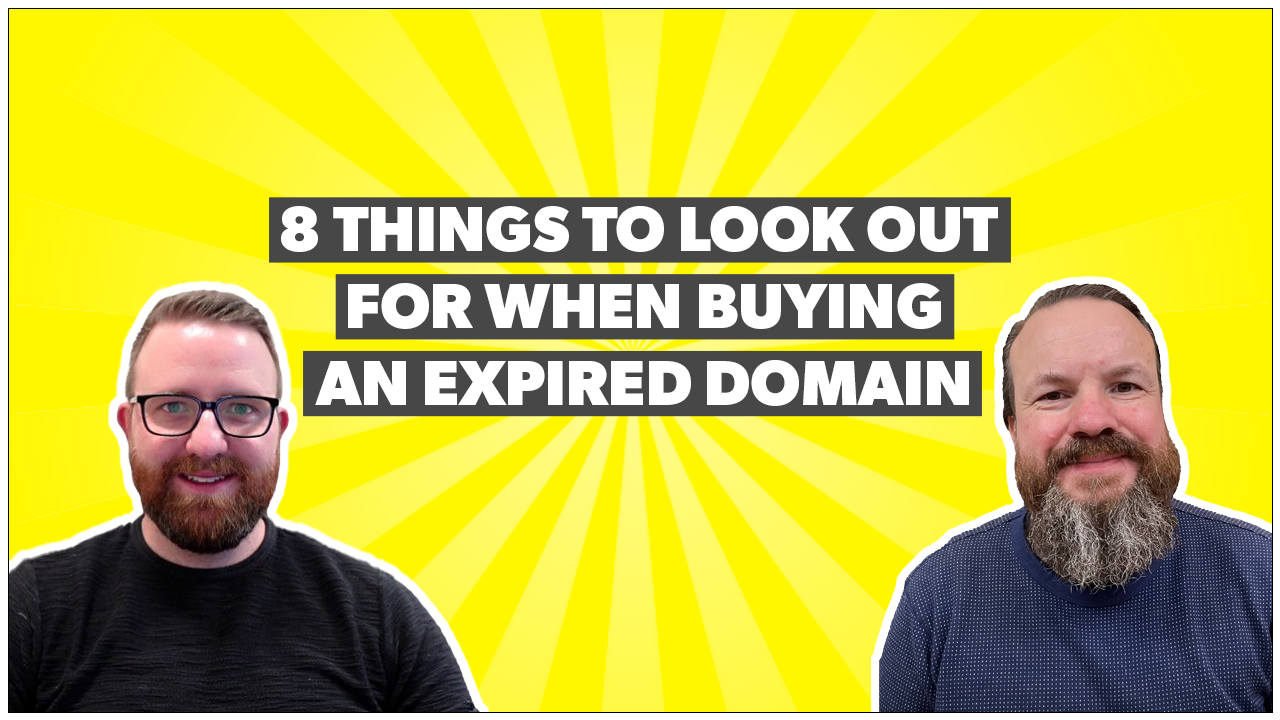 8 Things to Look Out For When Buying an Expired Domain

"In this episode of the Niche Website Builders Podcast, Mark Mars and Adam Smith talk about eight reasons to consider buying an expired domain rather than a fresh one. What are the pros and cons?"

This is a new podcast putting out new episodes every Tuesday. It's a great podcast packed with knowledge.

My Site 3 is built on an expired domain and I wish they had put this out about 8-9 months ago when I was researching expired domains.

I wrote about the beginnings of my Site 3 Expired Domain Case Study showing many things I did wrong with purchasing the expired domain.

Listen to this episode if you've ever thought about expired domains. They also offer Done-For-You Affiliate Sites built on Expired Domains or fresh domains. Here's one of their latest expired domain sites. 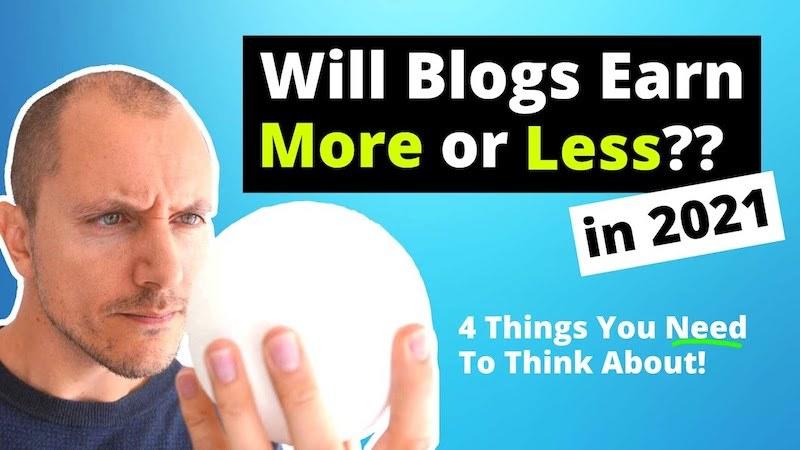 Will Blogs Earn More Or Less Money in 2021

Morten Storgaard at Passive Income Geek goes through his thoughts on various factors that could negatively affect advertising and affiliate revenues...uh oh.

The first thing he discusses is the eventual blocking of third-party cookies in Chrome that was announced on January 2019 by Google. The implementation would occur within two years.

He gets into how the cookies will potentially affect display ads and affiliate websites. He does say that he doesn't think there'll be a major long-term impact by the loss of tracking users as they surf the internet.

I tend to agree with him. Advertisers and marketers are some of the smartest and most creative people. Their jobs are to figure out ways to get consumers to purchase. They're going to figure out ways around the third-party cookies block.

He also discusses Amazon affiliate commissions and the continual drop in commission fees. He does promote display ads, but also thinks there's an opportunity with sites employing display ads and affiliate sales.

This is a good video to check and listen to what he's seeing as trends for us bloggers. 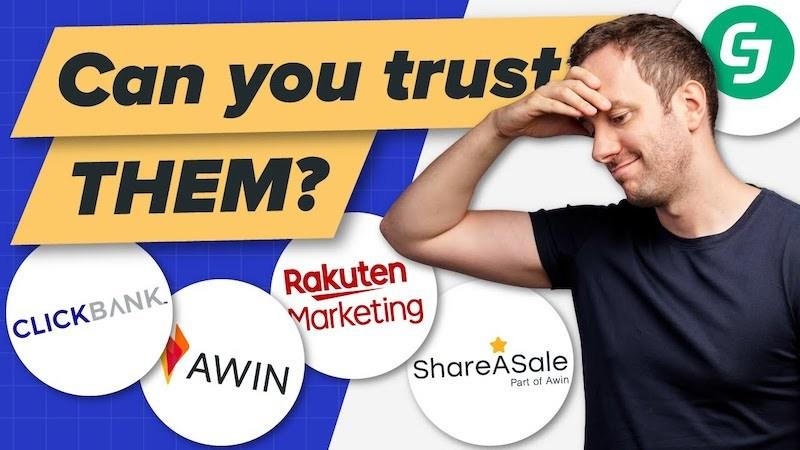 Great discussion about looking outside of Amazon for affiliate programs.

About 14 minutes in, there's an interesting discussion about cloaking your links to hide your site from some affiliate managers, because they might copy your success and/or pass what you're doing to other affiliates.

They do say that they're not cloaking links on any of their affiliate sites now, but it could come back into play if they're in a highly competitive niche like Finance.

Non-Amazon affiliate programs are something affiliate marketers should always be on the lookout for. Commission percentages are usually higher than Amazon and cookies can be 14-60 days. But of course, they may not have the conversion rates that Amazon has. You'll want to do some calculations and see if you think you'll be able to earn the same as you do on Amazon.